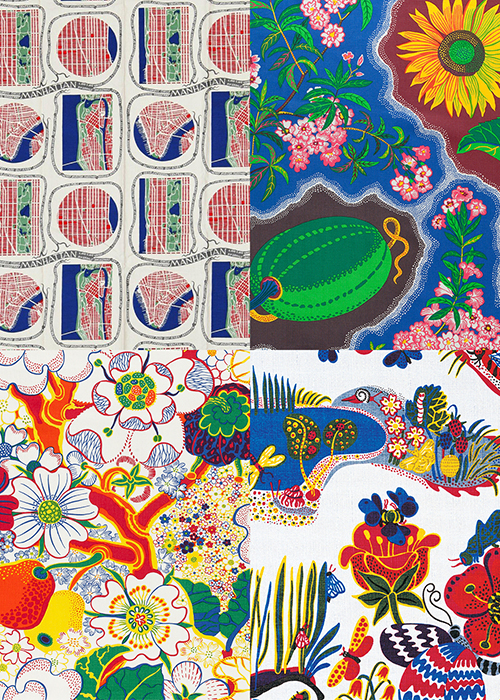 Meet Roger Oates, at an evening dedicated to chic and colourful flooring at the Fashion and Textile Museum on Thursday 27 April, 6-8pm.

Roger will be in conversation with Giles Kime, Interiors Editor at Country Life,  discussing Roger’s life in woven textiles and floor coverings, his key influences and what makes someone become a designer.

With Kime, Oates will explore how he came to passionately believe in the mantra of only creating something if it is both beautiful and useful. Then, how he put that belief into practice developing a flooring textile that was not simply functional, but also decorative.

The journey begins with Oates’ upbringing in Yorkshire and his art school education and how that led him into textiles and weaving. In particular about his tutors at UCA Farnham who were leading educators of the post-war Craft movement and the artists and colourists whose work has influenced him, including the 1930’s palette of the Swedish Hemsljoid movement and the American abstract painters.

Oates talks about the life-changing discovery of a fragment of Venetian Flatweave Flooring in a Museum in Leeds, which was the turning point in his career. How that led Roger and Fay Morgan, his wife and design partner, to re-invent Flatweave flooring for the 21st century, and the inspiration and development of those designs.

Finally Oates and Kime will debate interior trends such as the wooden floors of the Nineties, and the recent shift away from neutrals in favour of texture, colour and natural fibres.

The event starts at 6pm with a glass of wine in the Museum foyer and opportunity to view the exhibition Josef Frank: Patterns – Furniture – Painting; the talk follows at 6.15pm for 6.20pm in the Fashion Studio and lasts for approximately one hour including the chance to ask questions at the end. Ticket includes admission to the exhibition and guests are welcome to view this before or after the talk.